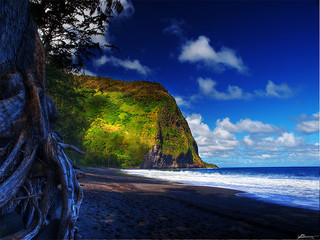 Cliffs can spell opportunity or doom depending on your frame of mind. To the rock climber, cliffs are a challenge to be overcome. But to the train conductor seeing an abyss where a bridge once stood, cliffs are an impending disaster.

Structure activity relationships (SARs) have been compared to a physical landscape, with rolling hills, plains, mountain peaks, and valleys. SAR reflective of these features can often be navigated more or less predictably because of their continuity. Making small structural changes leads to incremental changes in activity.

In contrast, Activity cliffs mark discontinuous changes in activity that arise from small changes in chemical structure. Although sometimes a source of "disappointment" in a project, activity cliffs can yield valuable information because they mark well-defined boundaries around a target's steric and electronic space.

From Cliffs to Ridges

... activity ridges consist of multiple overlapping activity cliﬀs that are formed by series of compounds where each compound participates in cliﬀ formation.

Activity ridges contain a lot of information, so visualization plays a key role in the analysis. The proposed method produces a diagram like this:

At the top row in black is the "Carbon Skeleton" (CSK) for the activity ridge. CSKs can be thought of as a special kind of common substructure for a group of related structures in which: (1) all heteroatoms have been replaced by carbon; (2) all bond orders have been set to 1; and (3) only rings and chains joining rings are retained. CSKs are closely related to Bemis-Murcko Scaffolds. Both systems offer solutions to the problem of grouping similar structures while avoiding bias introduced by many fingerprint- and descriptor-derived similarity metrics.

Any group of structures can be clustered by first determining the CSK for each member and then by placing all structures with the same CSK into the same group.

The structure in blue in the middle row adds bond orders and heteroatoms back to the structure above it. This structure can be thought of as a common scaffold for the structures in an activity ridge.

At the bottom in red and green are specific member structures of the activity ridge. These structures are shaded green for inactive and red for active. An activity cliff may contain many structures and there may be limited space to display them. As a workaround to this problem, the bottom row can display only a subset of the total structures in the cliff. A pair of numbers in parentheses is placed next to the common core structure to indicate the number of inactives and actives in the activity group, respectively.

Activity ridge diagrams can become more interesting when a CSK is linked to multiple scaffolds:

To estimate the degree to which activity ridges occur in real datasets, 242 activity classes were extracted from the free and open BindingDB database. Of these 71 classes (29%) were found to contain at least one activity ridge, compared to 233 (96%) which contained activity cliffs.